Currently Dmitry Bertman is working at a production of Offenbach's La belle Hélène operetta, the premiere is scheduled for October 3-5 and 8-11 in Helikon-opera, Moscow. 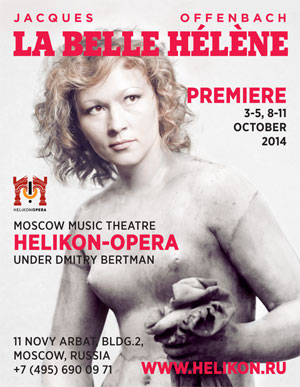